Fall in Love with Fall in New Orleans 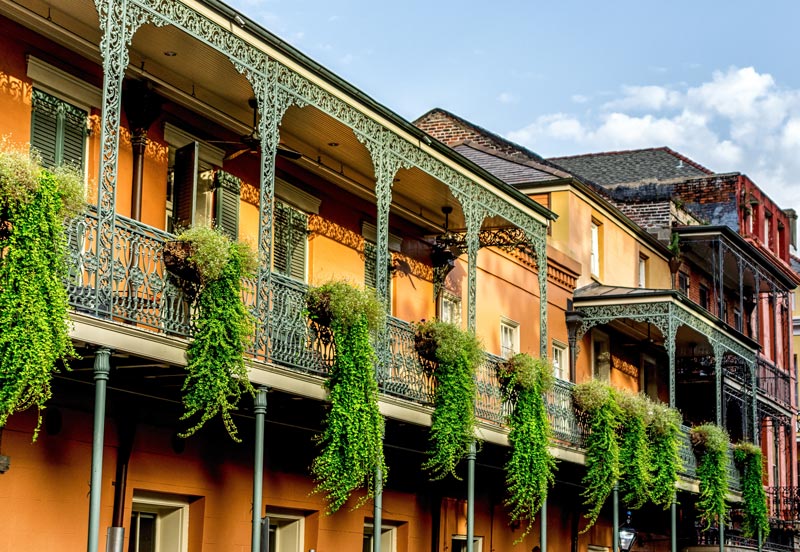 Now that the summer lull is over and the temps are milder, the city gets ready to ramp it up with Halloween and a calendar full of foodie-haven and music festivals. There’s a festival, sometimes two, going on every weekend! Here are the fall highlights of what’s happening in New Orleans.

The Labor Day weekend kicks into high gear with Southern Decadence, which celebrates LGBTQA culture and attracts participants from all over the world. Want to try a hot new restaurant or revisit an old favorite? There’s no time like the Restaurant Week New Orleans when the participating restaurants offer set course menus at a discount.

September continues with the New Orleans Burlesque Festival, which brings together the best of local talent and some big international names who compete for the title of “Queen of Burlesque.”

Do you like fried chicken? How about beer? The National Fried Chicken Festival at the Woldenberg Riverfront Park keeps getting bigger, drawing well-known fried chicken vendors coming from all over the region to represent different cooking styles of this classic Southern dish. And NOLA on Tap Beer Fest, the largest fundraiser for the Louisiana SPCA and the largest beer fest in the area, offers over 400 beer choices down on the festival grounds in the City Park.

Don’t forget, New Orleans throws its own lavish version of Oktoberfest over the three weekends in October at Deutsches Haus in Mid-City. And October continues with more music and food-centric festivals: Beignet Festival celebrates both sweet and savory renditions of the beloved pastry; Tremé Fall Festival brings entertainment from New Orleans musical royalty and food trucks and vendors from some of New Orleans’ best eateries in one the nation’s first African American neighborhoods during the first weekend of October; and the Mac n’ Cheese Fest at the Louis Armstrong Park needs no introduction.

October fun continues with the massive New Orleans Film Festival and the Crescent City Blues and BBQ Festival. Halloween kicks into high gear with the kid-friendly Krewe of Boo, courtesy of Kern Studios, and the massive outdoor extravaganza under the oaks in the City Park, the Voodoo Music + Arts Experience.

November is all about food festivals, all the way into Thanksgiving, giving us the Oak Street Po-Boy Festival, Fête des Fromages, and Tremé Creole Gumbo Festival. Don’t miss Thanksgiving at the Fair Grounds Race Course! Per a long-standing New Orleans tradition, it’s customary to turn out at the track on Thanksgiving Day to watch the opening-day races while sporting fabulous hats. The racetrack also serves a sumptuous holiday buffet, plus a fancy dinner with all the holiday trimmings at the Clubhouse.

Every Thanksgiving weekend, the Bayou Classic draws the fans and alumni of Southern University and Grambling State University to New Orleans to partake in one of the country’s greatest college sports rivalries. This involves a fan fest, a parade, and the always-amazing Battle of the Bands before the big game at the Superdome.

Finally, November kicks off the beloved New Orleans tradition of Celebration in the Oaks, a dazzling holiday lights festival scattered throughout the 25 acres of the City Park, including the Botanical Garden, Storyland, and Carousel Gardens Amusement Park. This is how you know the winter holidays are upon us!