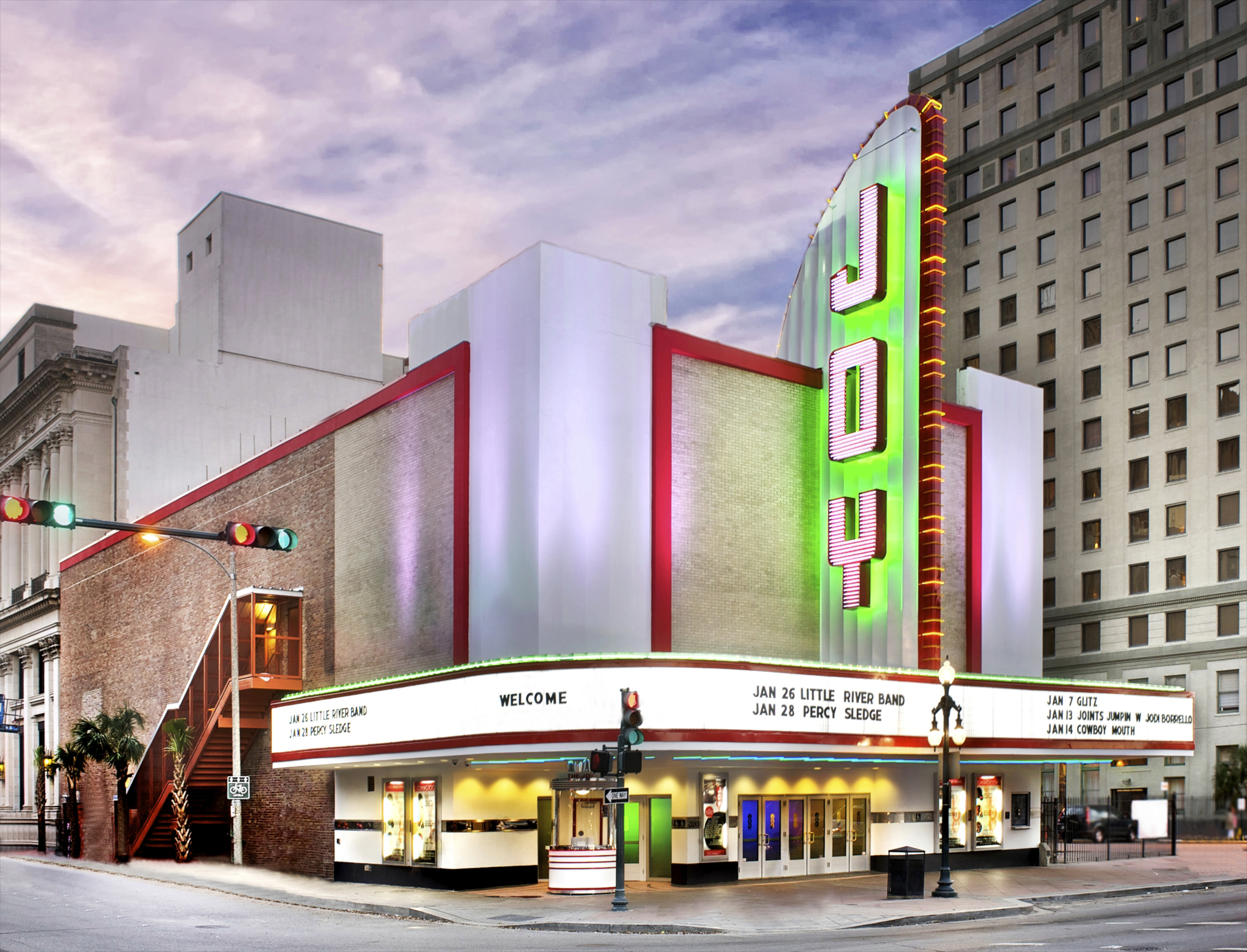 Many think New Orleans is just the home of music: jazz, zydeco, funk; you can find each and every one at any given place in the city— at any given time. Both weekdays and weekends, the French Quarter is filled with all of these different genres, which create a beautiful chorus of unique, melodious sounds. But many visitors don’t seem to realize that New Orleans is a very theatrical city as well, bursting full of plays, musicals, burlesque, spoken word poetry, dancing or aerial arts performances, stand-up comedy, and improv.

The historic Saenger Theatre is a New Orleans landmark, which opened in 1927 as a 4,000-seat atmospheric theater. But for as long as most can remember, the Saenger Theatre has been the ticket to Broadway shows in New Orleans. The city has been fortunate enough to see old-time favorites such as Annie to contemporary phenomenon like The Book of Mormon. In 2005, the historic theater received significant water damage from Hurricane Katrina. It took eight years and plenty of community elbow grease until the theater made its triumphant return. Once that well-known marquee lit up again, natives and tourists alike have enjoyed Broadway shows, live concerts, stand-up comedy, and more. The Saenger’s renovation is incredible; it still holds many of the lavishly iconic details locals remember: the elegant, delicate chandeliers, a ceiling that mimics the starry night sky (…yeah, that one you never see in the city), and… did we mention how gorgeous the bar over there looks? One champagne, please. www.saengernola.com

Described as “New Orleans’ most historic playhouse,” Le Petit Théâtre Du Vieux Carré opened in 1916. In 1922, the theater made its way to its current location right off Jackson Square. The theater’s mission is simple: revitalize the New Orleans community with performance art. Le Petit offers a full-length season each year, featuring a wide array of dramas, comedies, children’s productions, and musicals. The most notable feature of the recently renovated theater would still be its enchanting courtyard, lush and green with a fountain—as if it were a wondrous garden found in Bill Shakespeare’s Midsummer Night’s Dream. But unlike Puck or Oberon, you can also enjoy a cocktail there during intermission. http://www.lepetittheatre.com

With rich architectural details in the same vein as the Saenger Theatre, the Orpheum Theatre has the history you’d find in a Broadway musical like Stephen Sondheim’s Gypsy: it opened for vaudeville in 1921. Its upgraded stage brings a whole new realm of possibilities to the New Orleans entertainment scene. See a play, watch a movie premier or a film from a festival, or rock out to your favorite band. Seriously, the Orpheum accommodates all guests and advocates all sorts of local and touring acts. Just look at the list of upcoming shows below, and that should be proof enough! https://orpheumnola.com/

Well, we’ve discussed The Saenger Theatre and the Orpheum Theatre so naturally, we have to mention The Joy Theater. Like The Saenger and the Orpheum, The Joy Theater was one of the four original movie theaters in Downtown New Orleans. Although it opened its doors later than the other two theaters (in 1947 to be exact), The Joy Theater remained opened until 2003, only a few years before Katrina. It was reopened again in 2011, thanks to several visionaries, who were determined to rebuild the historic landmark because of the untapped potential it held. With a vibe of a Depression-era movie palace, The Joy’s marquee—right across the street from The Saenger Theatre—shines once more. Now, it is known throughout the city as a state-of-an-art venue that brings live music, theater, comedy, and special events to the New Orleans area. http://www.thejoytheater.com