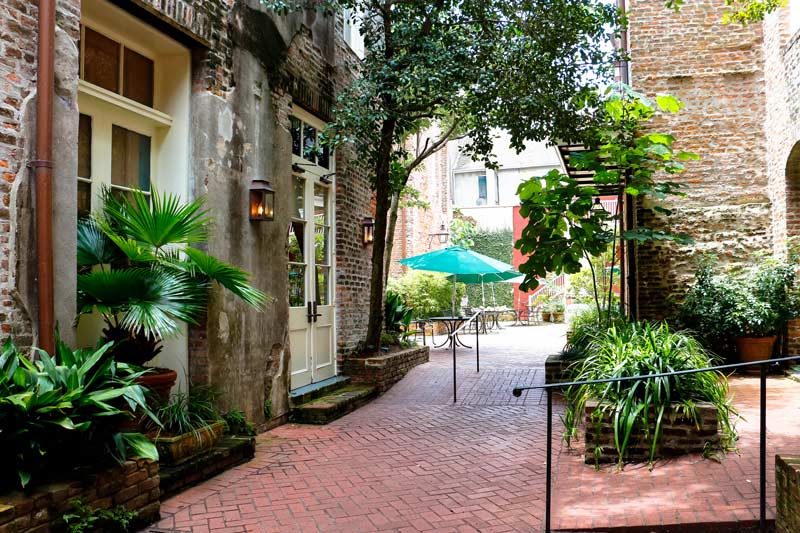 In New Orleans, we honor just about every local food there is (and some drinks) with a festival, not to mention the packed party schedule that never lets up, from the Carnival to Super Sunday to the Saints football season. In other words, the Crescent City’s dance card is pretty much always full, even when the heat and humidity descend on the city in late spring and till mid-fall. Here are just a few highlights of all that’s going on in New Orleans year-round.

The lovely weather and the endless festivals rule this time of year with BUKU Music + Art Project; Wednesday at the Square; the Tennessee Williams Literary Festival (don’t miss the “Stella!” shouting contest); the Mid-City’s own Bayou Boogaloo, held on the picturesque banks of Bayou St. John; the New Orleans Wine & Food Experience; the Freret Street Festival that’s getting bigger every year; and, of course, the two heavy hitters and the reason so many visitors come to New Orleans in the spring – the French Quarter Fest and Jazz Fest.

St. Patrick’s Day and Easter are subject to more celebration, with multiple parades and parties. Finally, the Mardi Gras Indians Super Sunday is a treasured tradition dating back to the 19th century and held on the Sunday closest to St. Joseph’s Day, which gets its own unique celebration across the Catholic churches and even private homes in the city with the beautifully appointed altars (the Italian-Sicilian contribution to New Orleans’ rich cultural tapestry).

Summers here can be pretty hot and humid, but, still, the best restaurants and bars in town celebrate Tales of the Cocktail in July and COOLinary New Orleans with prix fixe menus in August. You can also browse the galleries on the White Linen Night (or its cheeky cousin, the Dirty Linen Night).

The city comes to life for the Satchmo SummerFest and a slew of events over the Fourth of July and the Labor Day weekends, like Go 4th on the River, and the Essence Festival at the Superdome. The French Market Creole Tomato Festival and Bastille Day Fête are two of the smaller fests to enjoy, and Running of the Bulls brings Encierro to New Orleans, except the bulls are the Big Easy Rollergirls. Finally, the Louisiana Cajun-Zydeco Festival will at least keep your mind off the heat.

Cooler temps and the seemingly endless slew of food, drink, and music festivals are on tap in the fall in New Orleans, starting over the Labor Day weekend with the massive and fabulous Southern Decadence, a popular festival that celebrates LGBTQA with block parties, shows, and a parade. Want to cross an iconic New Orleans restaurant off your bucket list? There’s no time like the Restaurant Week New Orleans, during which dozens of participating restaurants, from the James Beard luminaries to the new hotspots offer set course menus at a deep discount. September fun continues with the New Orleans Burlesque Festival, the National Fried Chicken Festival at the Woldenberg Riverfront Park; and NOLA on Tap Beer Fest at the New Orleans City Park Festival Grounds.

October is pretty heavy on food festivals as well: The Beignet Festival, Mac n’ Cheese Fest, and  Crescent City Blues and BBQ Festival all happen then (sometimes on the same day), plus the Tremé Fall Festival and the New Orleans Film Festival, which is one of the largest film festivals in the South and is the longest-running one festival of its kind in the state.

New Orleans does Halloween like no other city, so if you’re lucky to be visiting around that time, consider any of the balls, costume parties, a parade, haunted tours, and a huge block party on Frenchmen Street! The kid-friendly parade called Krewe of Boo rolls through the French Quarter, courtesy of Kern Studios, and there are many more Halloween activities around the city happening in the couple weeks leading up to Halloween that your children will love.

Then, of course, there’s Voodoo Music + Arts Experience, a mammoth outdoor music festival that takes over City Park with the national headliners, art installations, and throngs of partiers in their Halloween finery.

Thanksgiving at the Fair Grounds Race Course is a long-standing New Orleans tradition of turning out at the track on Thanksgiving Day to watch the opening-day races while sporting cocktails and fabulous hats. The beloved Celebration in the Oaks kicks off the holiday season with a dazzling holiday lights festival scattered throughout the 25 acres of the City Park.

There’s a whole slew of events that accompany Christmastime in the Crescent City, from bonfires on the Algiers levies to concerts at St. Louis Cathedral to the family-friendly NOLA ChristmasFest to Reveillon menus at some of the city’s classic Creole restaurants. The streetcars are decked with wreaths, and the city is alight with the holiday sparkle, including at the annual LUNA Fête that brings large-scale light and sound installations to the Lafayette Square in the CBD.

The New Year’s Eve celebrations in New Orleans include the Dick Clark Rockin’ New Year’s Eve at the historic Jax Brewery in the French Quarter, with a fleur-de-lis drop at midnight to the countdown on Jackson Square, quite a few balcony parties on and around Bourbon Street, and the fireworks over the Mississippi River.

The first day of the carnival season, known as Twelfth Night, or the Epiphany, kicks off every year with three parades — Phunny Phorty Phellows ride the streetcar from Uptown to Canal Street and back, plus the walking Krewe of Joan of Arc in the French Quarter, and the Société Des Champs Elysée. Mardi Gras season culminates every year on Fat Tuesday anytime between February 3 and March 9. There’s not enough room to describe one of the great spectacles in the world, but check here and here to at least get started on how to do Mardi Gras in New Orleans.

As you can see, we have a lot going on all year round!